Dionysis Papanikolaou lives in Greece and Luxembourg. He is one of the pioneers in Greek Gastronomy, publisher of his own gastronomy book [θαλασσινά-Seafood Ianos publications]. He offers top quality consulting services in Greece and abroad (7 restaurants in Greece among these Su Casa which is his "culinary base"). Aleo in Luxembourg is his last project, a fine dining restaurant where he is the owner and delivers unique authentic Greek & Mediterranean tastes to his customers.

"I believe in pure greek tastes and Greek flora and fauna. I have the vision to pass and promote these tastes to European restaurants through modern and traditional recipes." 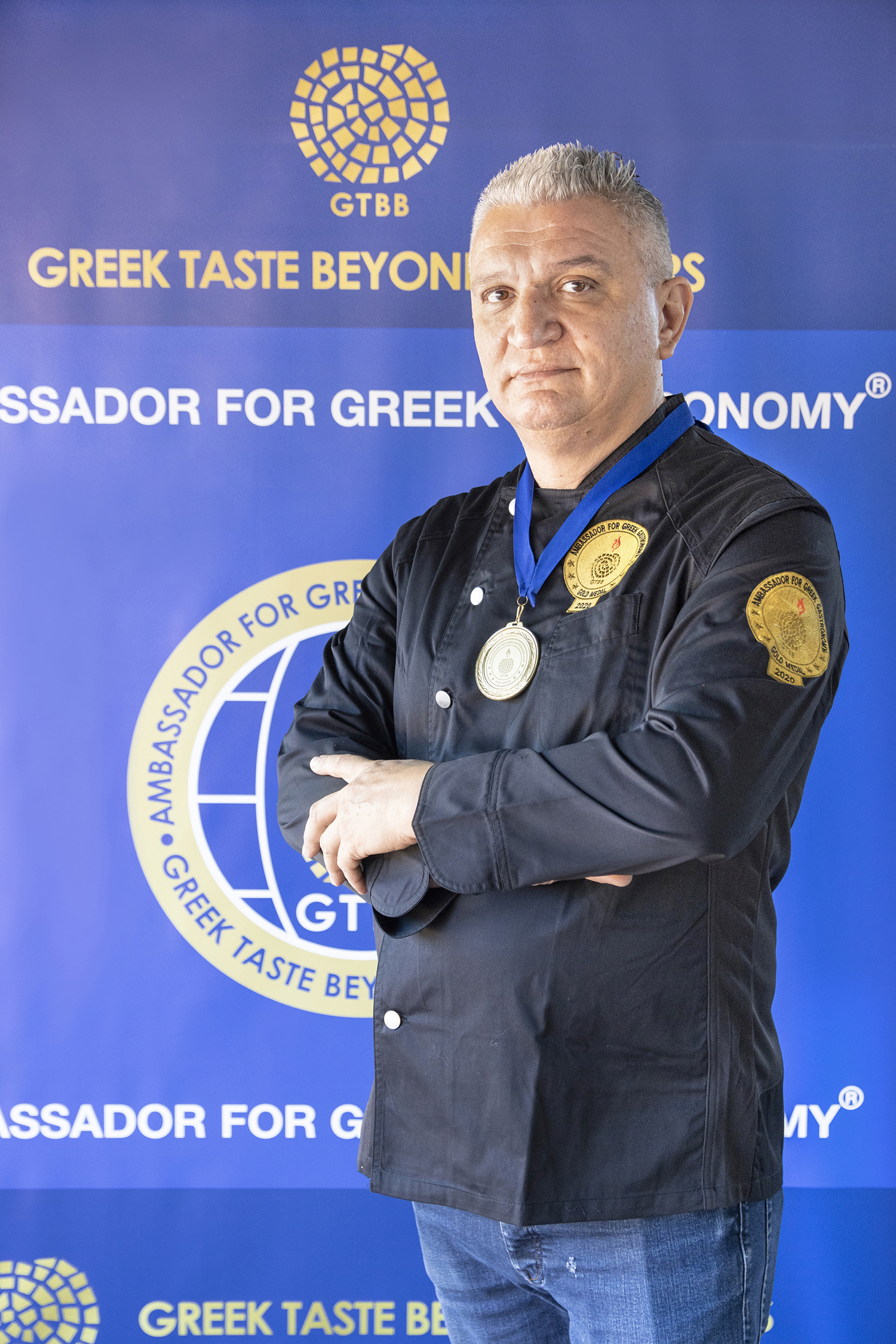 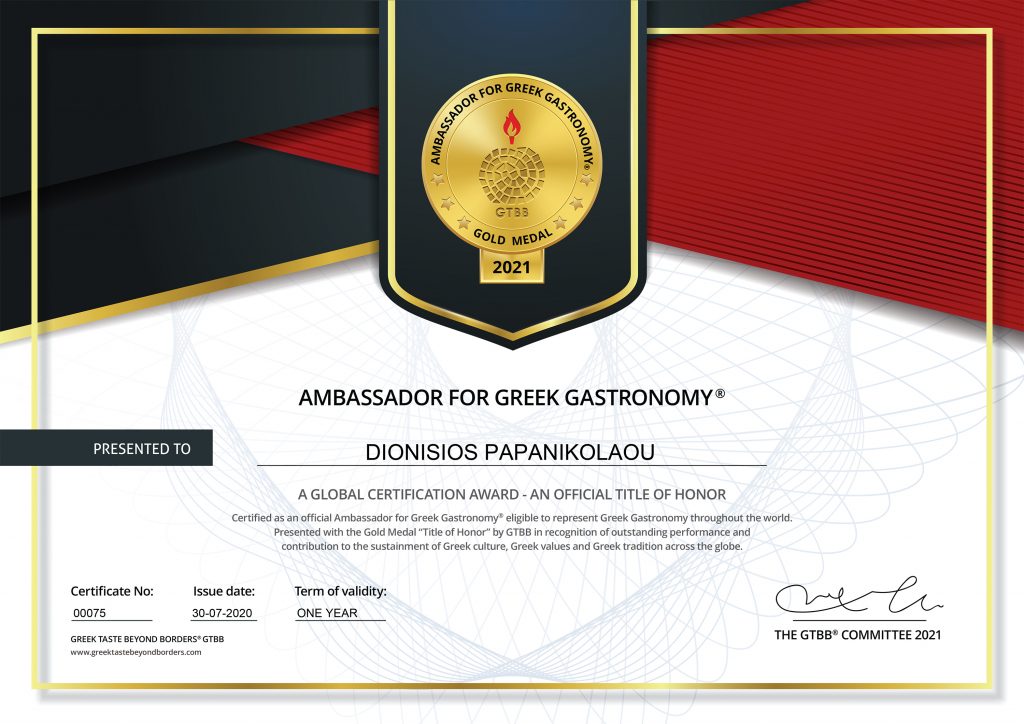 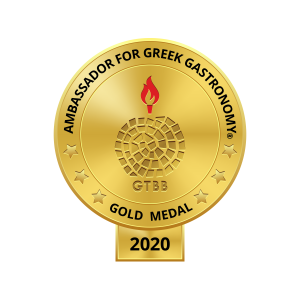 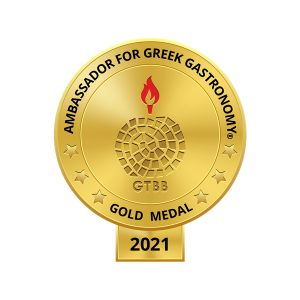 GREEK TASTE BEYOND BORDERS® GTBB presented Dionysios Papanikolaou with the global official certification title award of “Ambassador for Greek Gastronomy® 2020 & 2021 Πρεσβευτής της Ελληνικής Γαστρονομίας® 2020 & 2021” for his dedication to the sustainment of Greek gastronomy worldwide. The certification process followed a protocol procedure implemented by the GTBB rules & committee No.00075/30/07/2020

Executive Chef Dionysios Papanikolaou is well known for his rich knowledge and skill base in cookery & gastronomy. He offers culinary & consulting services to restaurant owners in Greece and abroad. He lives in Greece and Luxembourg where he runs his own restaurant ALEO that delivers unique authentic Greek & Mediterranean tastes to his customers. He is a cooking book publisher and his culinary base is in Su Casa restaurant in Glyfada, Greece. He supervises 7 restaurants in Greece among other in Europe like Germany.

AMBASSADOR FOR GREEK GASTRONOMY® is a hallmark of Greek gastronomy for (chefs & restaurants) and it’s known to be extremely challenging to achieve making it that much more prestigious.

🇬🇷 Dionysios Papanikolaou noted, “I thank GREEK TASTE BEYOND BORDERS® GTBB for this prize and official title. I believe in pure Greek tastes and Greek flora and fauna. I have the vision to pass and promote these tastes to European restaurants through modern and traditional recipes.”

GTBB has exclusively rights to the trademarks of these official titles in Greece and abroad. These prestigious awards mentioned as “top honors” by GTBB have a significant role and are presented to professionals and premium brands held in the highest regard. The Gold Medal award sign and the golden spiral (logo of GTBB) attach great importance to this prestigious honorary title.

GREEK TASTE BEYOND BORDERS® GTBB organization is dominating in the promotion of Greek taste & gastronomy throughout the world, utilizing modern branding methods and the most effective business networking platform for Greece and its global representation.

GREEK TASTE BEYOND BORDERS® GTBB has announced its annual global conference in Athens, Greece 19 October 2020 under the Auspices of Ministry of Tourism, GNTO & City of Athens. Dionysios Papanikolaou “official Ambassador for Greek Gastronomy 2020” and all certified ambassadors shall gather in this promising global event. 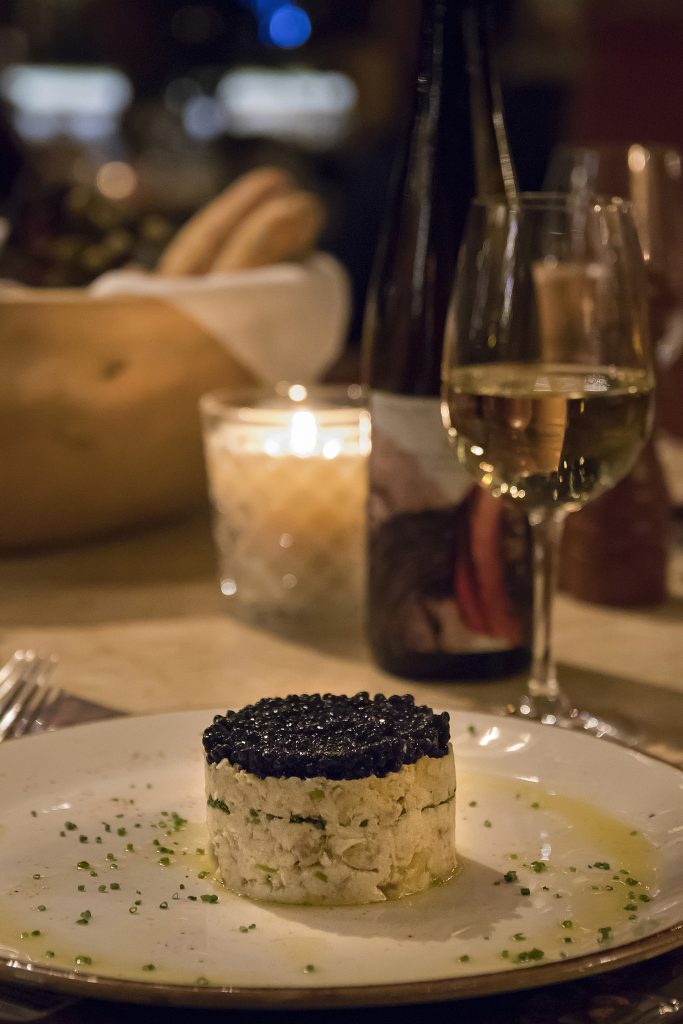 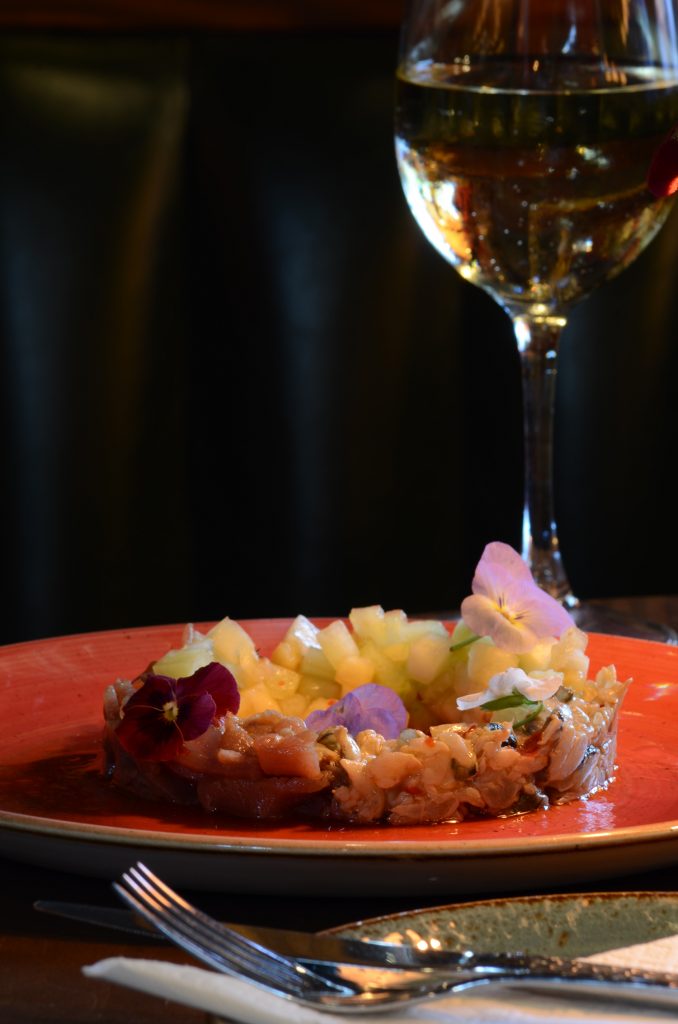 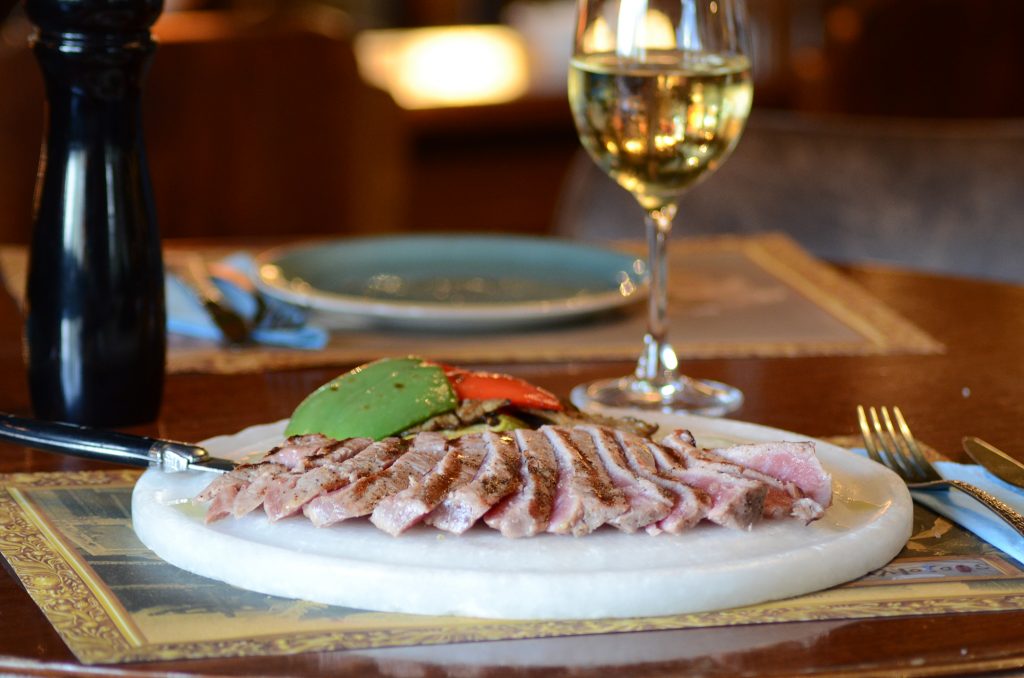 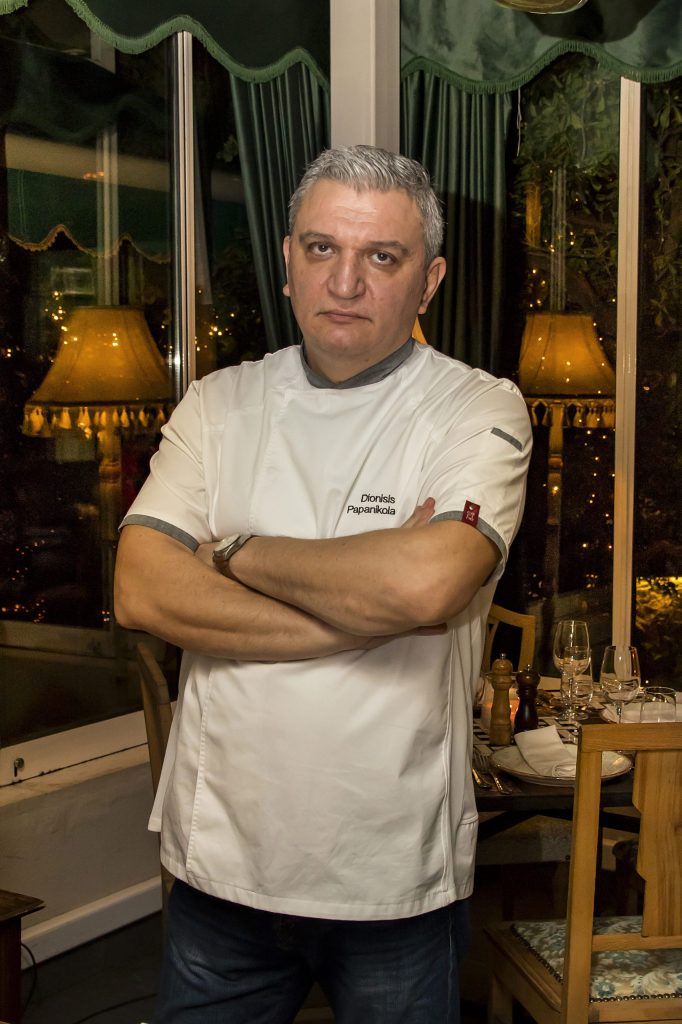