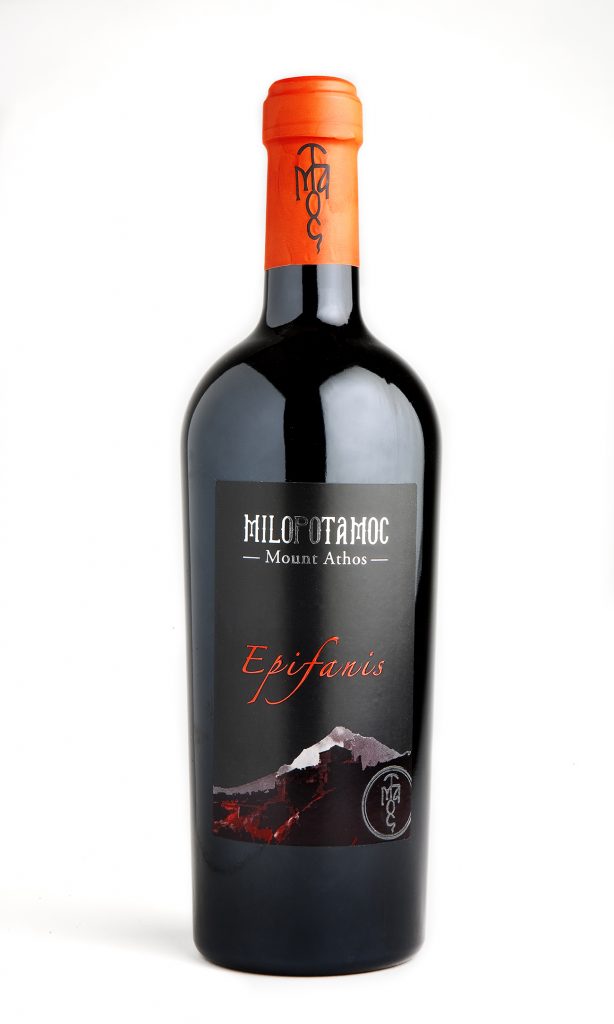 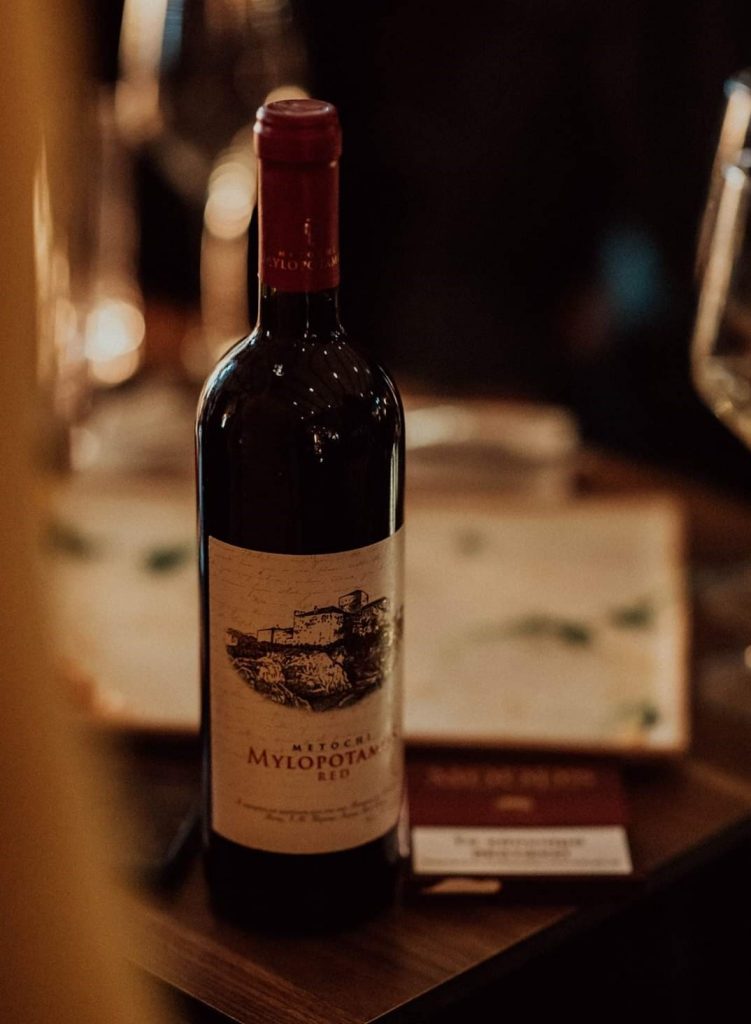 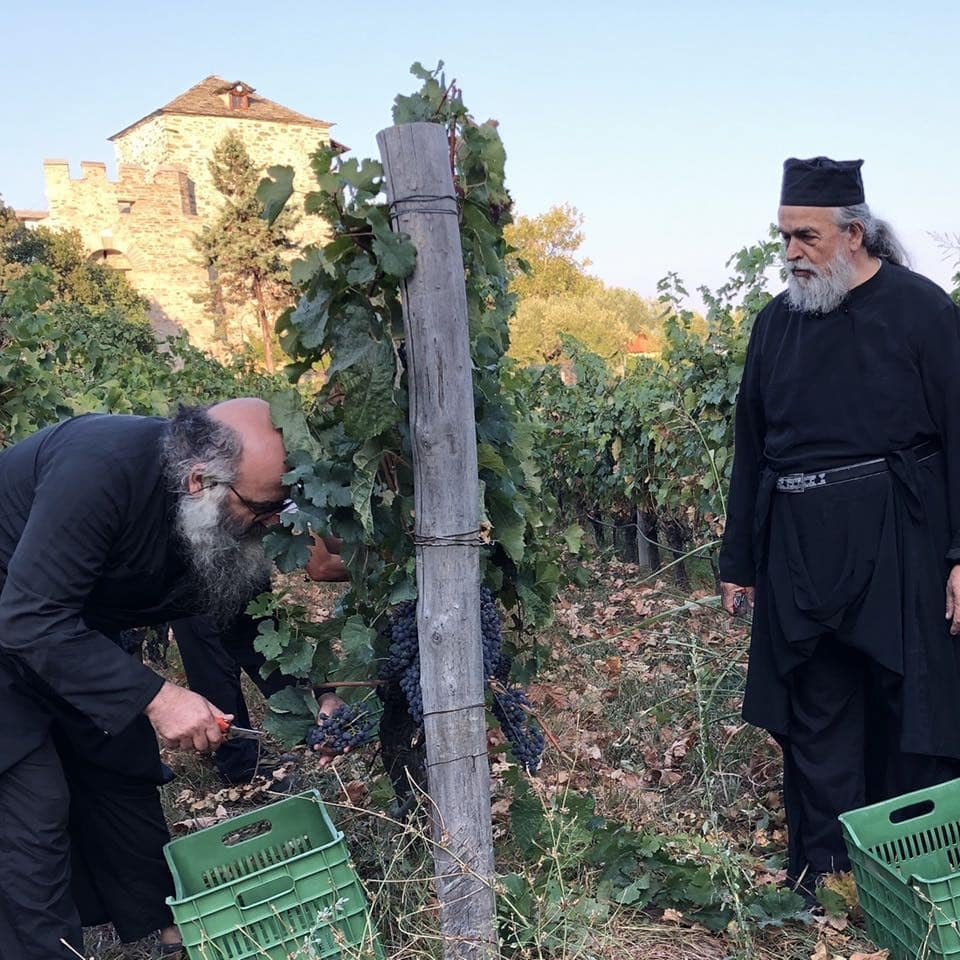 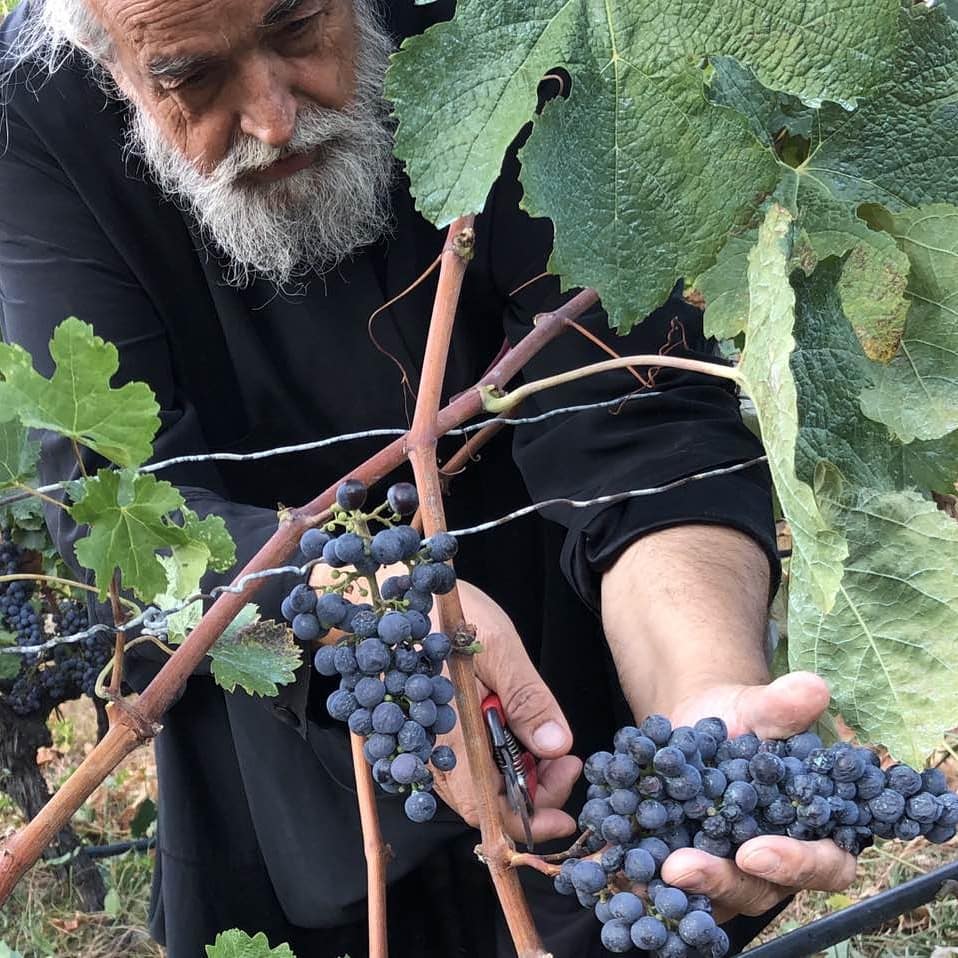 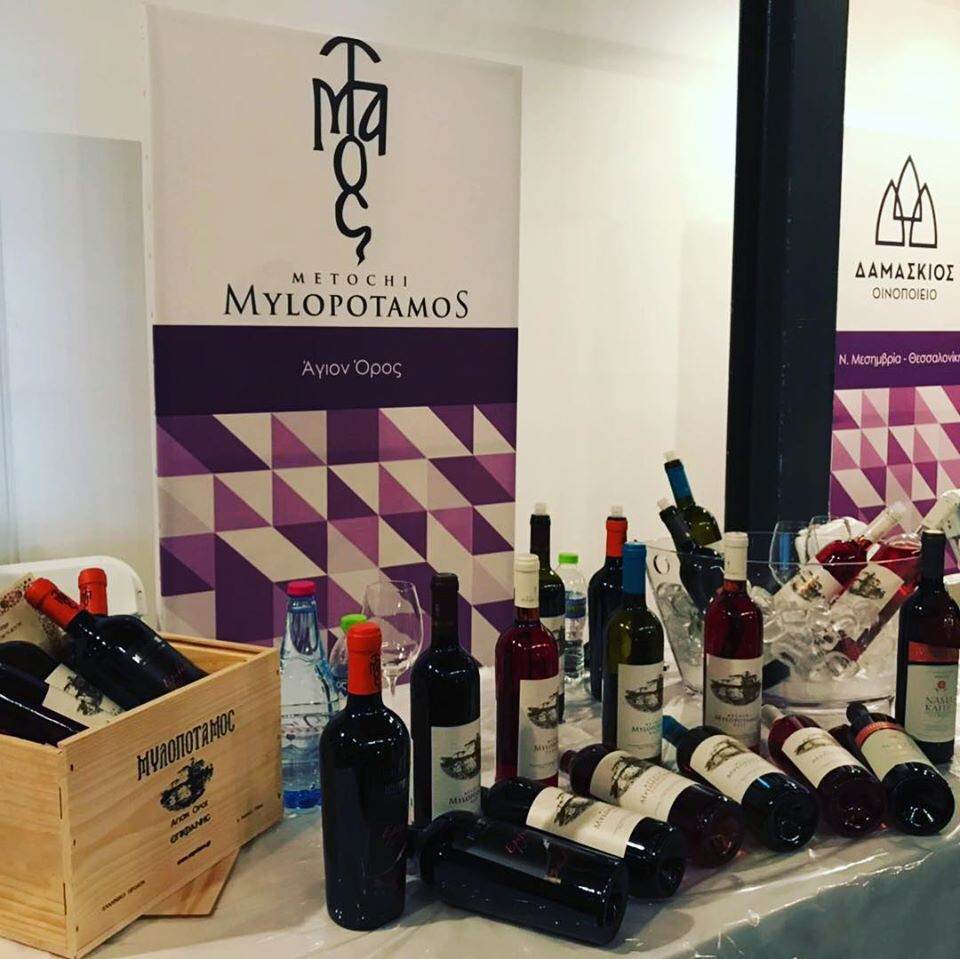 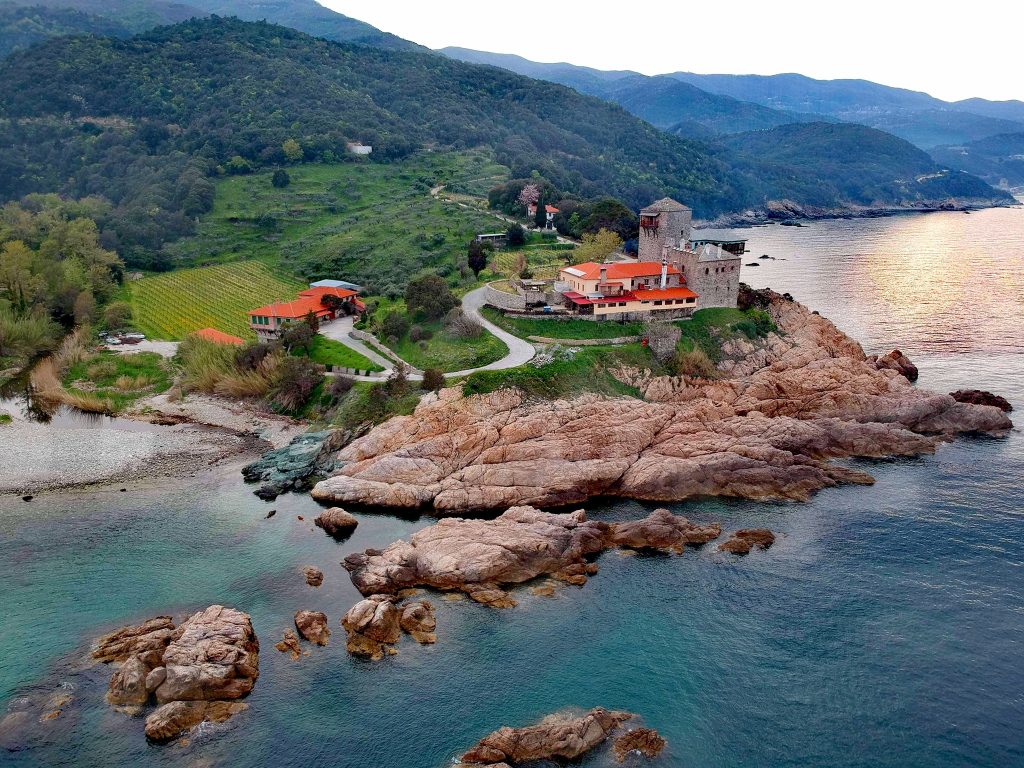 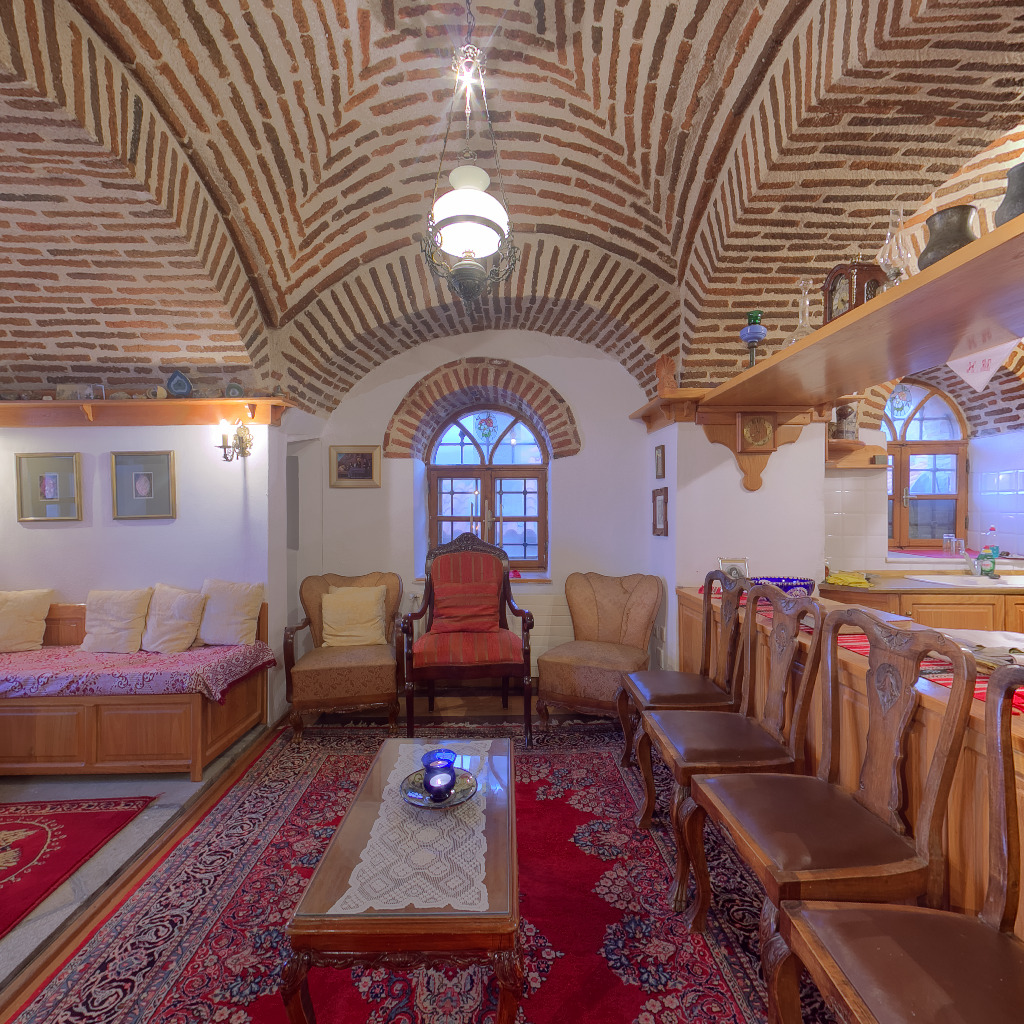 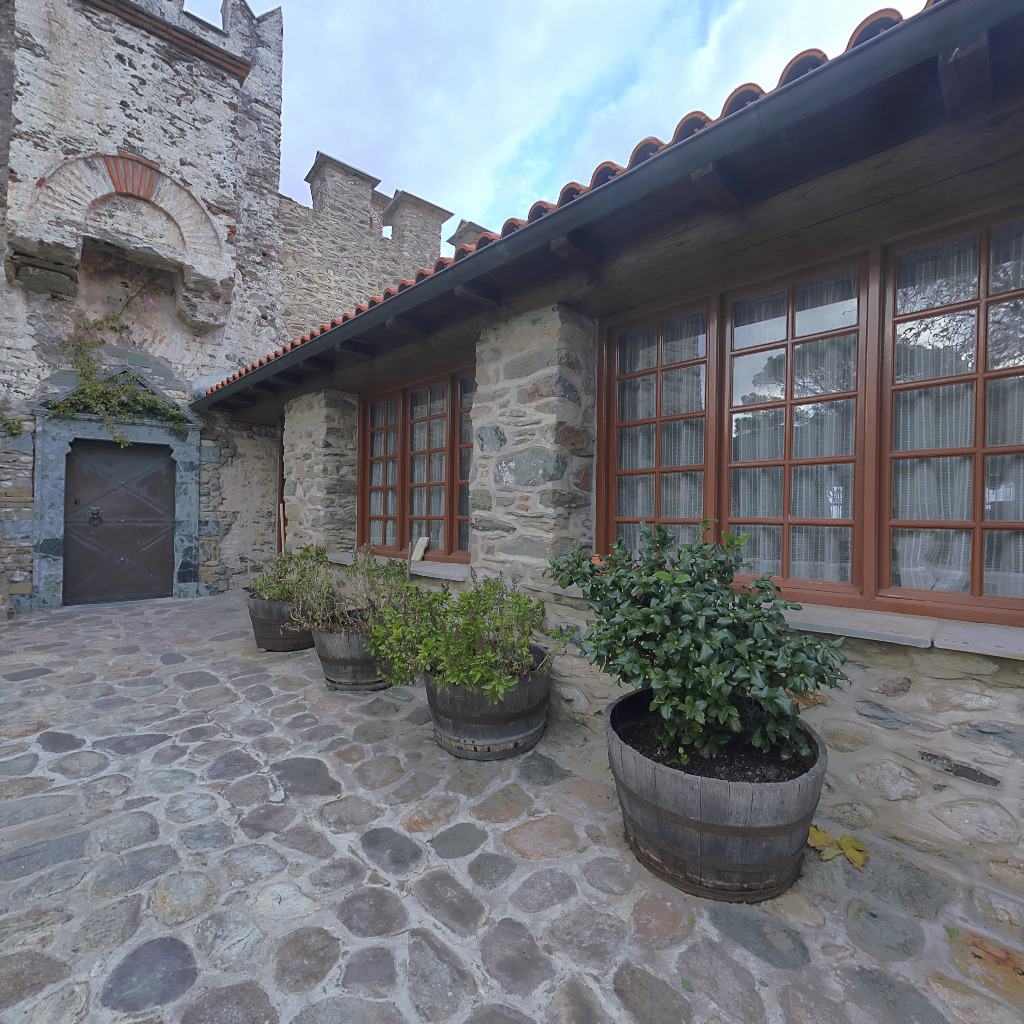 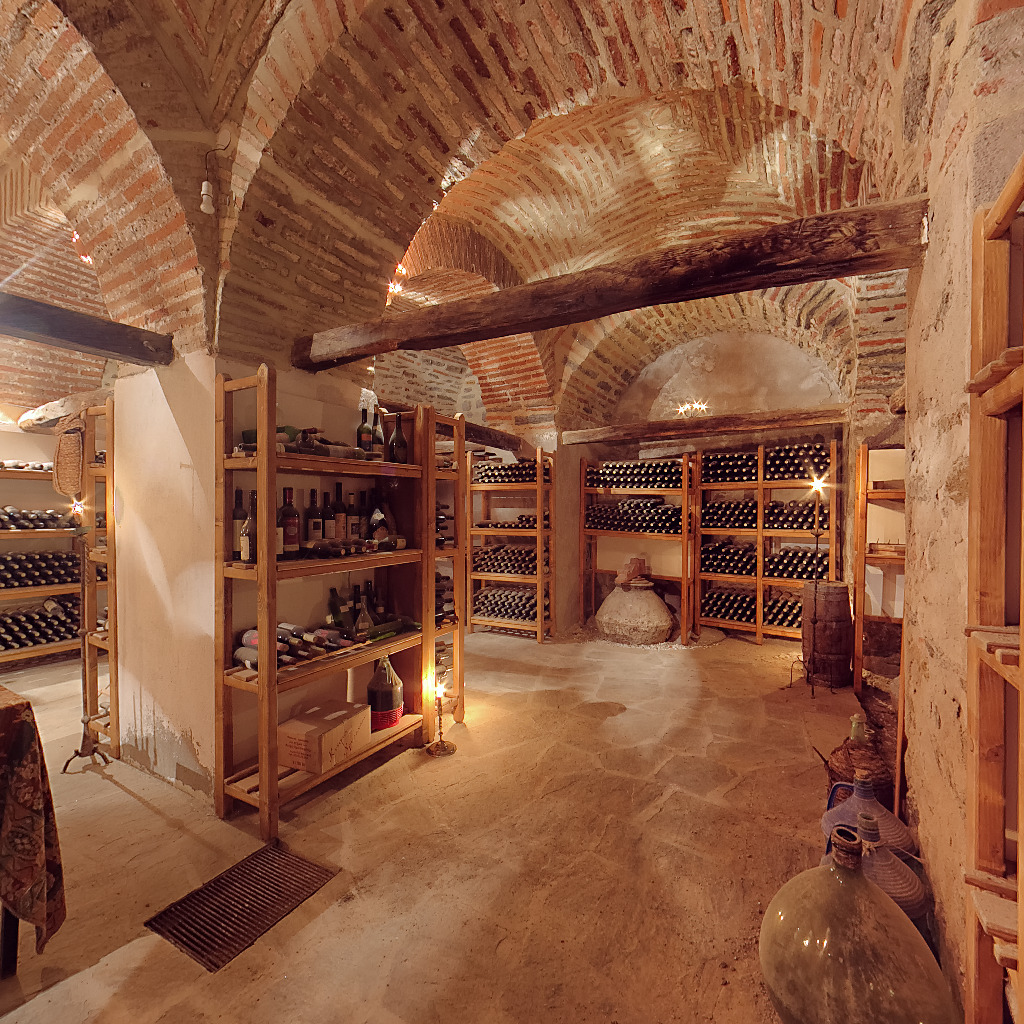 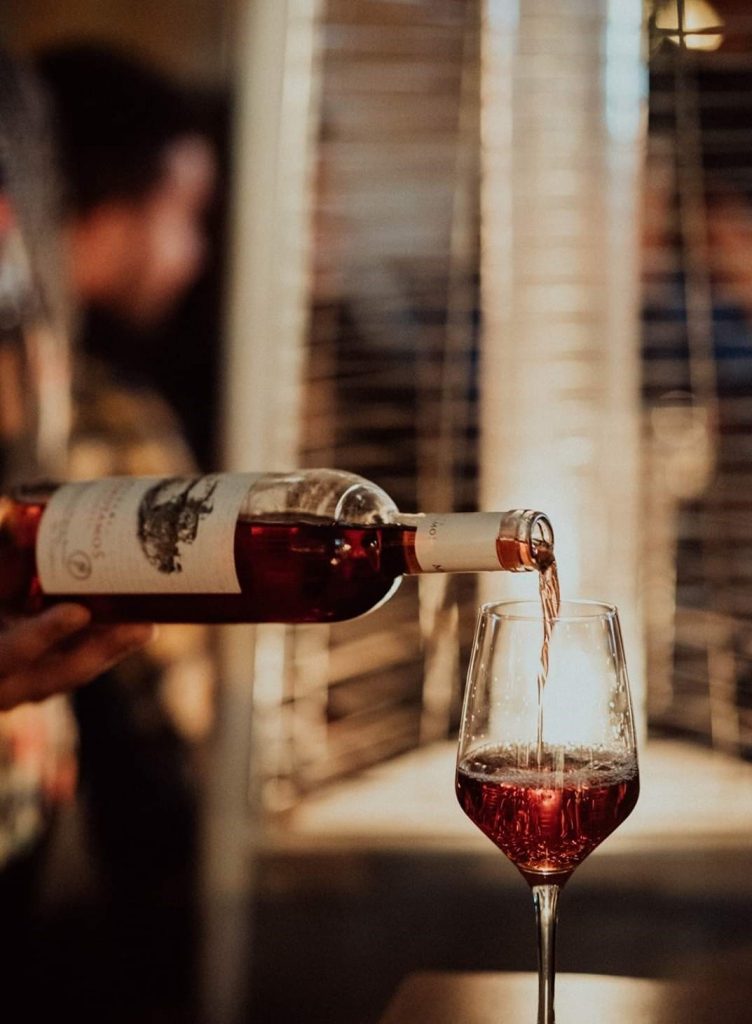 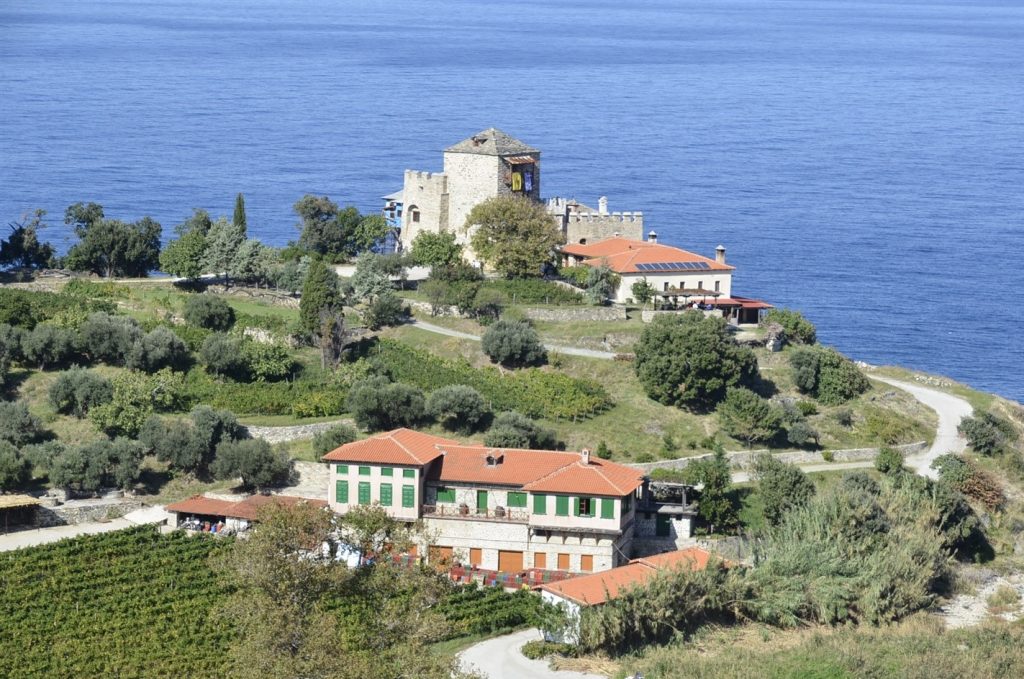 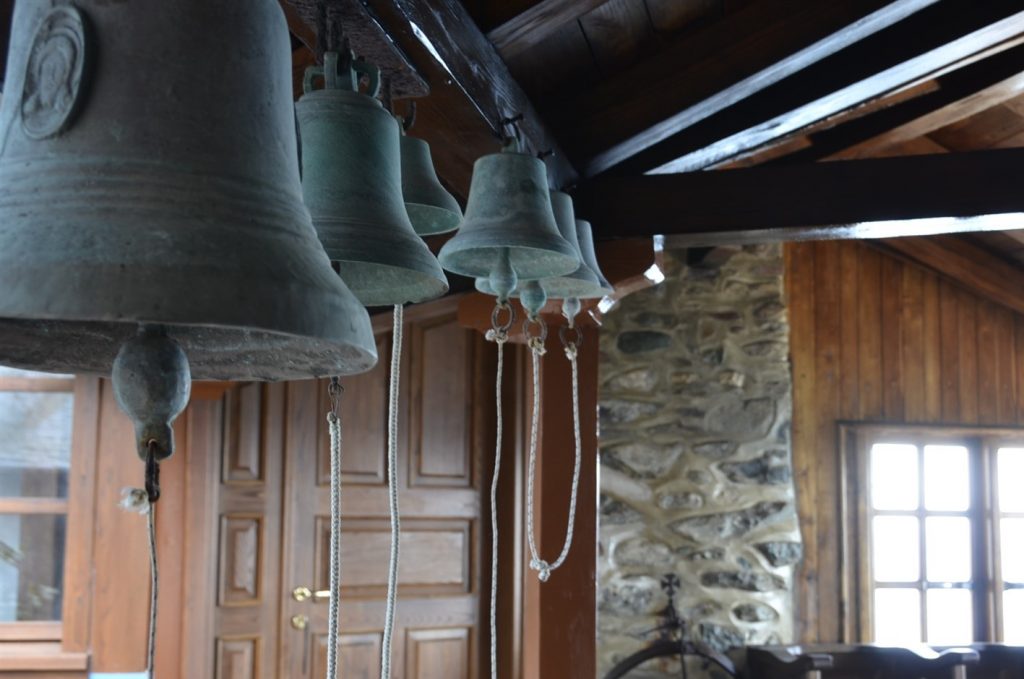 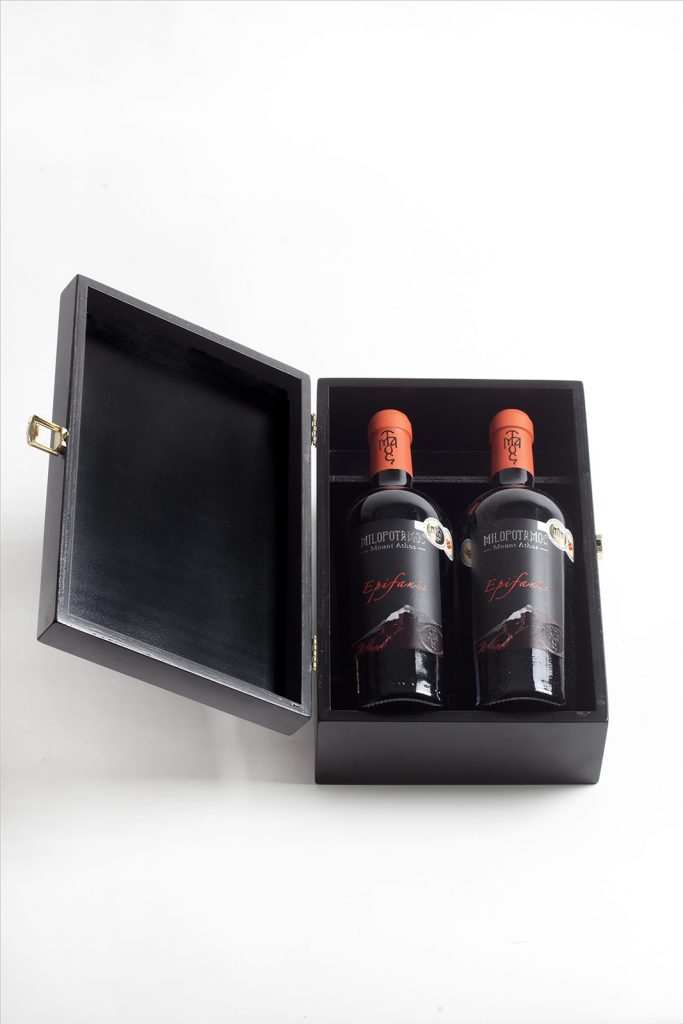 Mylopotamos is the largest dependency of the Holy Monastery of Great Lavras. The tower and temple, in the name of Saint Megalomartira Evstathiou, were built by Saint Athanasios of Athoniti some time before 973 A.D. Saint Athanasios, like the wise and far-sighted man he was, also cleared the surrounding area and planted vineyards and olive trees, building a winery and olive press from which the great monastery got its table wine, the communion wine for the Lord’s Service and also its oil.

In the past thousand years there have been many historical references to the celebrated and wonderful wine of Mylopotamos. Indeed, it is estimated by the experts that its yearly production must have reached 60-80 tonnes. Barrel hoops and staves are still being restored from the enormous wineries.

In 1990 a new attempt at the restoration and revival of Mylopotamos began. In 1992, with the permission of the Holy Monastery of Great Lavras, the Holy Community of Agion Oros and the Halkidiki Directorate of Agriculture, the first vines were planted.

Athos is a magnet for its frequent and necessary rainfall. It is surrounded by sea, over which the morning sun rises in the summer, bathing the vineyards. In combination with the ecological care given to the vineyards, these factors together create the necessary conditions for an excellent grape harvest. The collection, wine-making, maturising process and bottling at Mylopotamos combine to produce unique wines.

The love of the monks at Mylopotamos for their vineyards and for their wine has helped them overcome many obstacles. Today there are:
- 50 hectares of vineyard, with Merlot, Limnio, Cabernet, Mouscat Hambourg, Muscat of Alexandria and Assyrtiko varieties
- A modern winery – bottling plant, built according to the traditional architecture of Agion Oros, which faithfully maintains the traditional Athos wine-making process and operates with the licence of the General National Laboratory.
- Copper stills and receptacles for “Tsipouro” and other distillates. 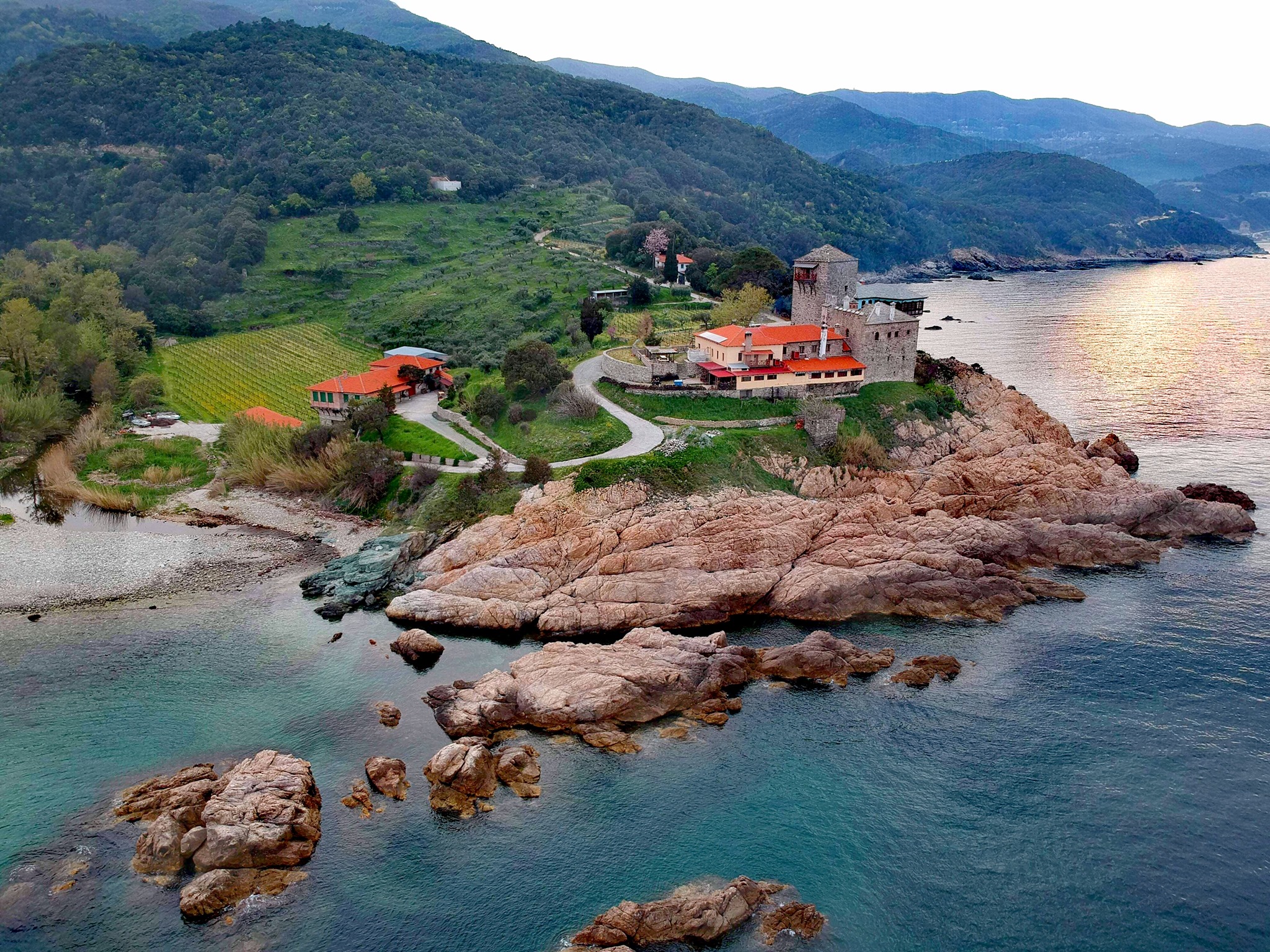 The monks’ effort is unique, as they are the first of the Athos communities to produce and bottle wines, to be found not only at Agion Oros but also in the Greek and foreign marketplaces. 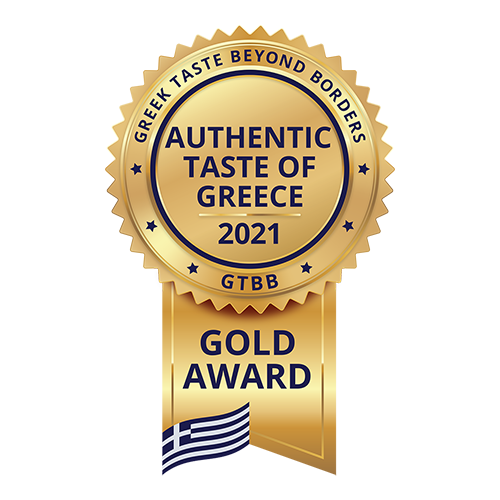 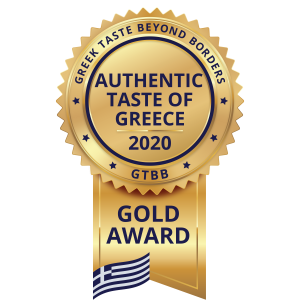 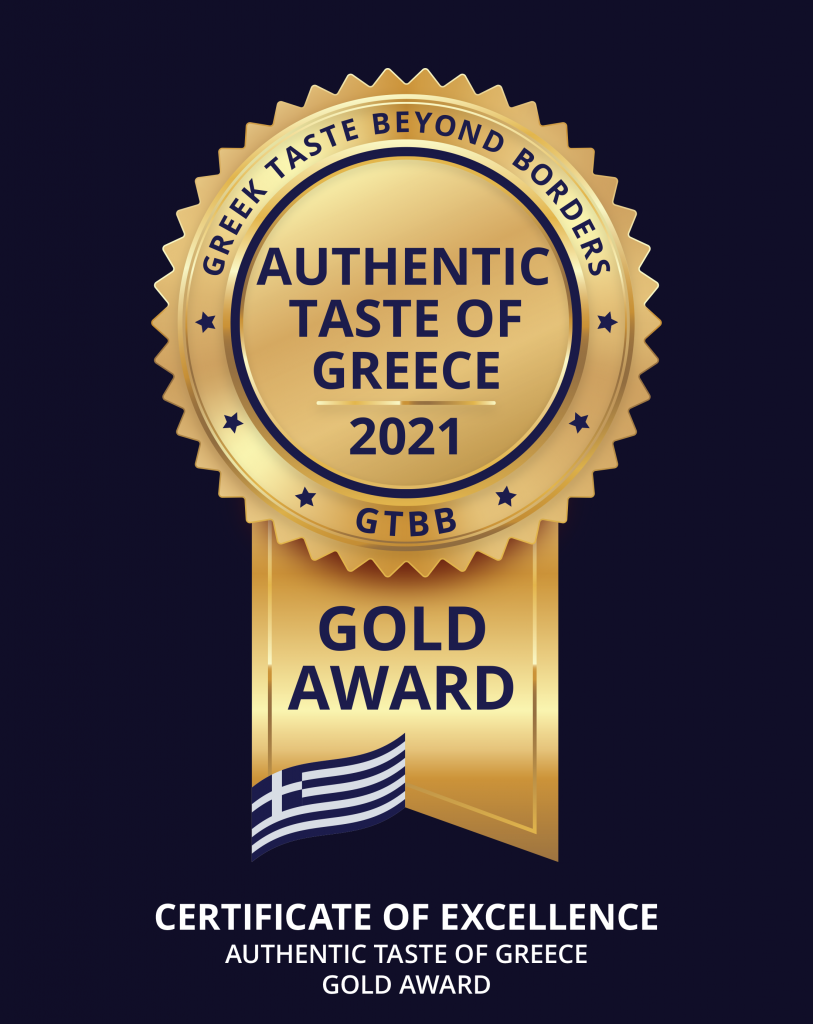 Our company D. Gourgoulis, was founded in 1979 in the beautiful town of Zacharo, in the Province…

AGORA FOOD is committed to bringing quality food products from Europe to the world, keeping authenticity,…

CHOIROFARFM LLC company has been established on 1987 at Fiki Trikala. A traditional family pig farm that…